My first published work as an adult. Squeee!

800 new words on the page and Super in print.

Posted by kosturcompose76 on March 17, 2015
Posted in: Writing Exercises.

Wait. I signed up for a puppy. When does the puppy get here?

I finally went to the allergist today.

Apparently to prove that I’m allergic to something I’ve been allergic to my entire life I need to be jabbed in the arm repeatedly with a pin and then watch my arm swell into hives (don’t scratch!). Seriously is there some underground market for antihistamine out there that they can’t just take my word for it?

So he jabbed and I sat and itched without scratching, imagining myself cuddling a whole litter of fluffy puppies without sneezing once.

Dr. Sadist:  “You have year round and seasonal allergies.”

Dr. Sadist:  “You will need two shots a week for 8 months, then two shots a month for a year, then shots every four months for another year.”

Me:  “Wait, this paper says pollen and dust mites. How will this help me get a dog?”

Dr. Sadist:  “No, you shouldn’t get a dog. You suffer from allergies.”

What? No. Seriously. What?  I didn’t even have the words to ask any other questions. I just picked up my prescription for 140 needles full of allergen and walked out the door.

What is the cost of everything was measured in needles (or some other form of pain).  You want a new car? That’ll be 15 punches in the left breast. You’d like that muffin? Six paper cuts please. 140 needles and you can cut that lawn. Wait, something seems wrong with that deal.

Posted by kosturcompose76 on March 15, 2015
Posted in: Writing Exercises.

Walking your dog should involve actual walking, FOR THE DOG. But sorry about the crow, I really thought it would choose the sausage.

Living in Yaletown I’ve gotten used to the sight of strollers that are just as likely to be carrying a dog as a child.  I judge them, but I’ve grown accustomed to what I assumed was a cultural phenomenon in my little piece of Vancouver.

Before you berate me for judging, these dogs aren’t late-in-life (read old and crippled) creatures being taken out for fresh air by their loving and possibly overindulgent owners. They’re inbred fur babies (often wearing more expensive jewelry than their people). And, while they’re so tiny that walking for ten blocks would exhausted them and put them at risk of being whisked away by a particularly hungry crow, they could probably walk.

I didn’t think accepting the stroller puppy phenomenon was a bad thing. After all my (and everyone else’s) acceptance of this oddity wasn’t likely to cause a breakdown in society…and I was doing my duty with my silent judging. Then I saw something that changed my mind; stroller kitty.

Now admittedly the cat, stroller and who I can only assume was the cat’s caregiver were in the downtown east side so there is a possibility that there were mental health issues involved, or that maybe the cat’s owner was, I don’t know, taking it to the vet and didn’t have a car. But there is the equal possibility they were just going for a walk and I’m going out on a limb with this one. Cats in strollers is one step too far.

What if someone from Yaletown, drove by and saw the stroller kitty and was all “what a great idea”? The sidewalks are already crowded enough with canines on wheels and people that can’t figure out basic umbrella etiquette (tilt when you pass people for the love of all…) But cats in strollers?

The next time I see a healthy dog in a stroller I’m going to be part of the solution. Me and a pound of raw sausage are going to see just how far a stroller puppy can run… Sorry in advance if it’s your dog…and if a hungry crow gets it. I promise to throw a sausage at the crow.

What other uses could you find for a pound of raw sausage?  And how would you explain the smell?

I plan on randomly sniffing other people and loudly asking “does anyone smell that”?  Then I’ll just keep moving, they’ll never know it’s me…until I throw the sausage for a dog…then they might know it’s me but they’ll be too busy watching a crow carry away a chihuahua and a pound sausage to notice the smell. (Genius.)

What You Missed While I Was Blog Lazy

Posted by kosturcompose76 on March 13, 2015
Posted in: Writing Exercises. 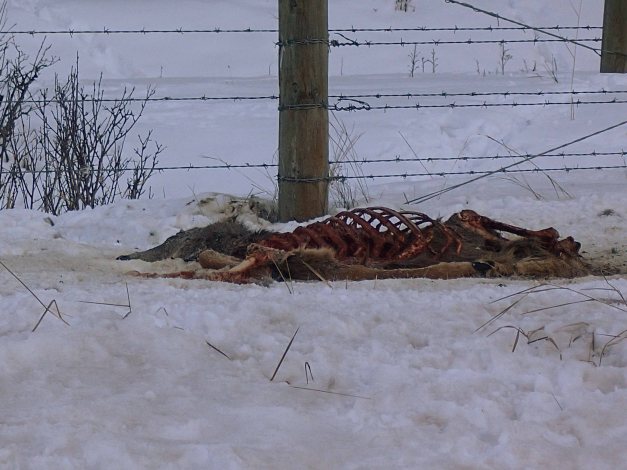 Steps taken to get this picture: 1. Abandon your car on the side of the highway. 2. Run across the highway. 3. Sink to your thigh in a snowbank. 4. Wonder if this is how the deer died. 5. Take picture. The result? A creepy carcass picture that’s hard to explain. In my defence, there was a bald eagle sitting on it right before I took this photo. In my prosecution it’s not the first time I’ve done something that could have ended in “and she will stand as a cautionary tale for all”.

Monsters (not related to carcass photo) 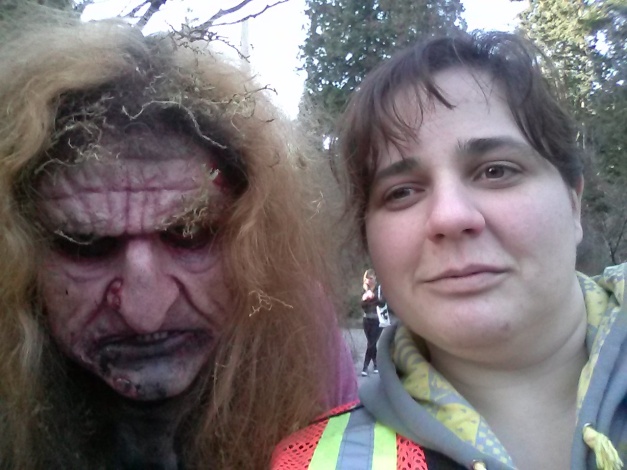 I’m not sure which is more frightening the troll or my inability to take a selfie where I’m actually looking into the camera. Either way, we killed the troll later that day. Well, Mathilda did. (Click the picture to watch the troll die. Die troll, die!)

Totally not pronounced die flader mouse…I checked…twice. But it was a fun night at the Vancouver Opera anyway. Die Flader Mouse, die! 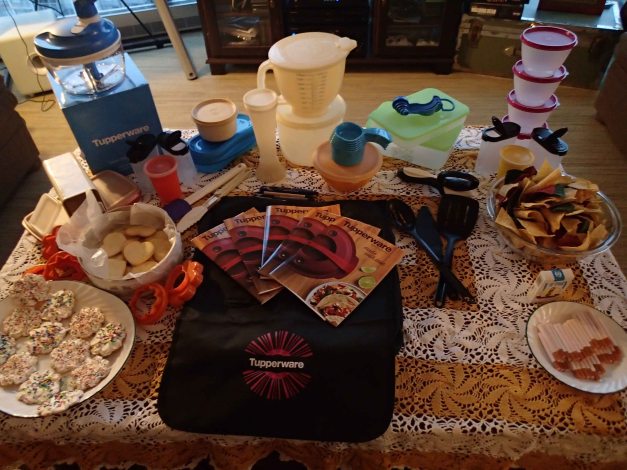 1. Tupperware was established in 1946. 2. My book is set in the 40s. 3. These facts screamed themed Tupperware Party. I may have found exactly what I’ll do when I have a book launch. I baked cookies and served candy cigarettes. Because, 1946! BTW, it turns out that when you sign up to sell Tupperware, you get a butt load of free tupperware. Yah, I’m totally a Tupperware consultant now.

The other reasons to host a 1946 themed Tupperware party? Jello moulds, pears and a husband in (costume) uniform. Mmmmm.

and finally, this Seagull. 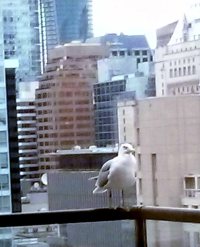 You know… stuff. Now you’re all caught up.