Film Debut – Vote for me!

Posted by kosturcompose76 on January 31, 2014
Posted in: My Progress, Writing Exercises. 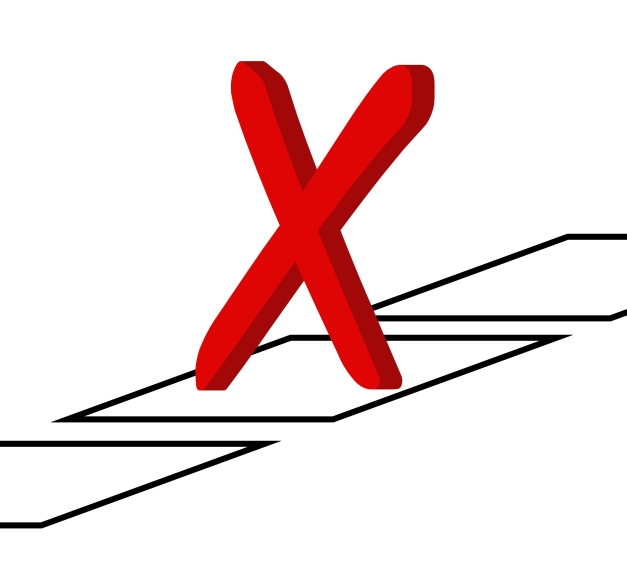 Vote, vote vote! For me of course. Sure the other films might be worth watching…but really time is short and mine is the best. You can take me word for it.

The film I helped create for the United Way Care to Change contest “Reach” is finally out in the public.

This little masterpiece was conceived, written, filmed and edited in two days over a weekend. The concept was mine (with refining help from the group) and I wrote and did the film editing while the rest of the crew acted, coached, set decorated, filmed and did sound work.

It was a weekend of learning, compromise, and holding my breath so I wouldn’t say things I couldn’t take back. Some of it was great fun, some of it was agonizing but I’m proud (mostly) of the outcome. Plus it’s super cool that something I wrote actually got filmed.

Our video is entered in the “adult” and “workplace” category, I think you should be able to vote once in each section.

Vote, vote, vote. (For me…even if you like the other ones better. I’ve given up on being fair.)

In other news I’m doing edits tonight. Yay me. My goal is to have all the edits done by the end of the weekend so I can finally send it out to the agents who requested it at the Surrey conference. Wish me luck.

The Care to Change contest meant we had very little time to write our stories, so to stay focussed we chose one to the United Way statistics on seniors to work with. “One in four seniors in metro Vancouver lives alone.” I found having a stat made it easier to brainstorm a theme and get the writing process going.

Research your favourite social issue to find a statistic that speaks to you, then make a mind map to brainstorming  a theme. Once you have a theme and the statistic, spend twenty minutes outlining how you would make that idea come alive in a short film. Don’t worry too much about writing it as a script, just let your ideas flow. Then the next time you sit down to write you’ll have the bones of a script to work with.

Posted by kosturcompose76 on January 28, 2014
Posted in: My Progress, Writing Exercises. 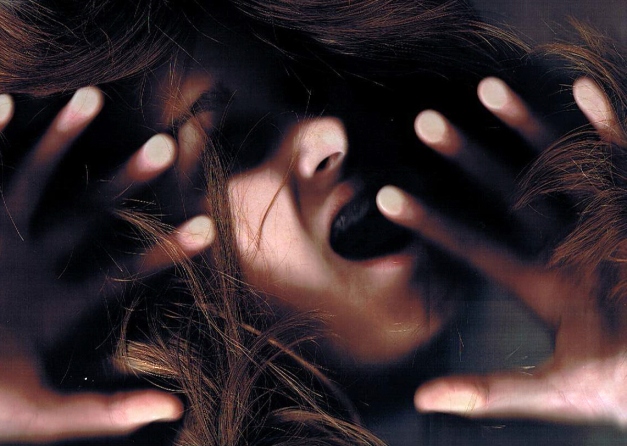 So I’m better enough to go to work, take a deep breath without coughing (most of the time) and yes to write.

While I was sick I was dormant in the creative world. I didn’t write. I thought a lot about it. I thought:

While I was sick an amazing friend gave me amazing edits to take care of and now illness gone I have nothing but terror standing between me and doing the damn work. But it seems like terror isn’t willing to just stand there in my way.

Terror:  “I’ll stay put here between you and your goal if you just sit there watching M.A.S.H.”

I think the stress of putting off my edits is the reason weredogs chased me in my dreams last night and my presumed rescuer cut off my index finger. Seriously, it’s get writing or never sleep again.

I just have to keep telling myself the hole always looks deeper from the bottom.

I’ve got nothing. Sleep would probably help. Maybe you should write about weredogs, car doors that just wont lock (against the ware dogs) and what the hell the guy wanted with my finger.  Happy writing.

When Does Better Meet All-Better?

Posted by kosturcompose76 on January 20, 2014
Posted in: Writing Exercises. 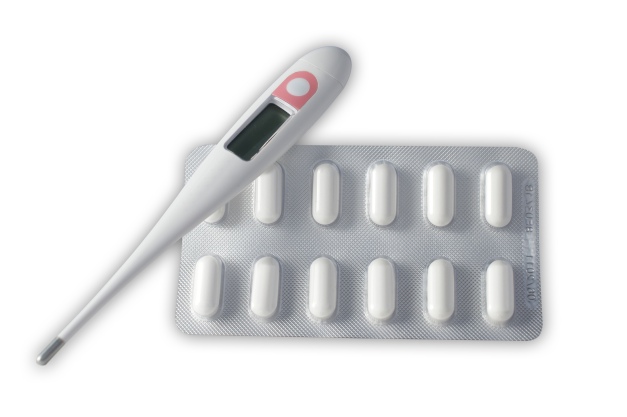 The longer I’m sick, the less qualified I am to tell when I’m better. I’m forgetting how normal feels and my boredom is overwhelming common sense. I mean I feel better…

My friends all say I sound sick still and have a habit of underestimating illness.

Sure, I’m still coughing and grocery shopping for a half hour meant I needed a nap. But I’m pretty sure I’m going to live and that’s more than I could say last week. So basically I think I can go back to work now.

I can’t be trusted.

What’s the opposite of hypochondriac? Last week I went to the doctor to find out when I was ok to work. Not yet was the answer and I felt silly because he kept saying “you’re saying this is better” and “maybe we should test you for whooping cough”. I know why I wanted him to say I was better. (A sad mix of boredom and a desperate need to convince my body to stop actually being sick…totally didn’t work.) What other reasons might someone want a doctor to give them a clean bill of health?  How could that go wrong for them? Happy writing.

Just in case you don’t know where to pick up your next time bomb…ps. don’t buy bombs.

Posted by kosturcompose76 on January 3, 2014
Posted in: Inspiration, Writing Exercises. 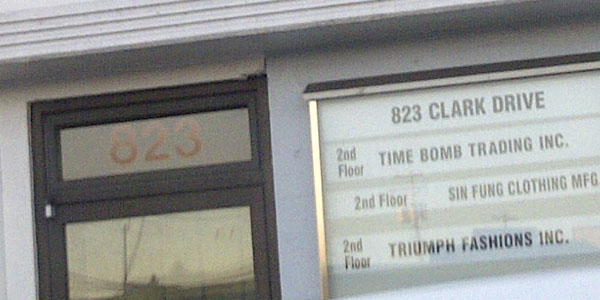 Sometimes it pays to leave the house. I haven’t figured out how or where yet, but this place is totally making an appearance in my next novel.

Sometimes the best place to hide is in plain sight. A store called Time Bomb Trading can’t possibly sell time bombs…right? Imagine a character has something to hide, perhaps they are a super villain, a bank robber or criminal mastermind. What kind of business would they have to hide in plain sight? NB. I think Mastermind would be a great name for a gaming store. In the front, Warhammer figurines and six versions of Catan, in the back…cork board brainstorming to take over the world. Excellent.

Spend twenty minutes in your character’s place of business and write about what you find. Happy writing.

Posted by kosturcompose76 on January 2, 2014
Posted in: My Progress, Writing Exercises. 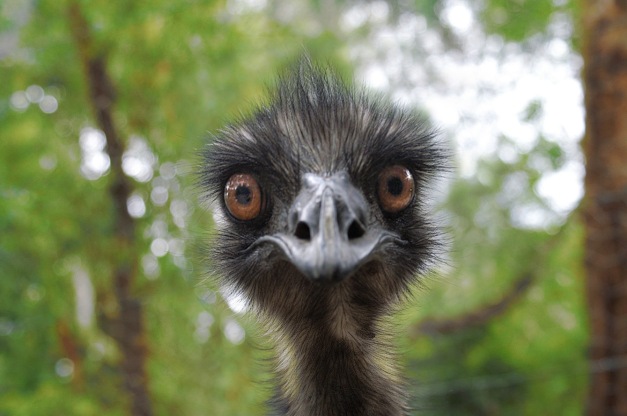 Either way it was the first time in 37 years. Not that I watch it often, or should really count the years before I could even read but still…I was due.

I was proud, for like a minute. Until I realized that I have to give up calling myself a technophobe now, because the category was “technical terms”.

The answer was: “In a July 1990 post Yisrael Radai called this 7-letter term “a word I just coined for Trojans, viruses, worms etc.”

My pleasure was doused by the knowledge that I may just have to admit that I may no longer be a technophobe, and my husband’s technical ways might be rubbing off on me. Nooooooo!

I’ll have to look it up in the contract but I’m was pretty sure that one of the rewards for marrying a guy that is the guru of all technical things was that I could be wilfully incompetent. I was pretty happy with that. But then I got the question right. Was he was just pretending to let me be incompetent all the while educating me behind my back?

Sure I’m happy that I got the question right, but seriously does this new knowledge mean that I’ll have to learn how to set the digital clock on my oven? Does it mean I have to stop calling tweets “twittering”? Is that worth the momentary pride of knowing Mr. Radai invented the term malware?

I was conflicted. I was in an identity crisis. I was at a loss, until I managed to break the speaker on my cell phone (by you know, touching it, or talking or some other mis-use of technology). The world is as it should be and I’m still fighting the good fight.

By the way…Merry Christmas and Happy New Year. I’ve been here, but not here. I’ve been sick and sad and busy and writing has felt very wrong for all of December but I’m on the mend. I wrote today.

My husband has an aura that allows him to fix computer problems simply by being in their presence. (For his birthday I made a movie style poster portraying him as “Aura Man”.)

His skill is useful.  Creepy, but useful. I on the other hand, manage to break every cell phone that comes into my possession. I routinely mess up the computer (that he has to fix) and have some sort of alarm clock setting disability. I’m pretty sure the Universe uses us to balance each other out.

Create a character with a super aura. Maybe they cause people to laugh or dogs to howl or busses to stop and wait for them when it’s raining (I want that one). Choose an aura (it doesn’t have to be useful, just well defined) then imagine what the opposite aura would be. How would the universe balance out the gift? Give that gift to your character’s partner then spend twenty minutes writing about how they would work together (or against each other) to use their powers.  Happy writing.