Posted by kosturcompose76 on March 20, 2014
Posted in: My Progress, Writing Exercises. 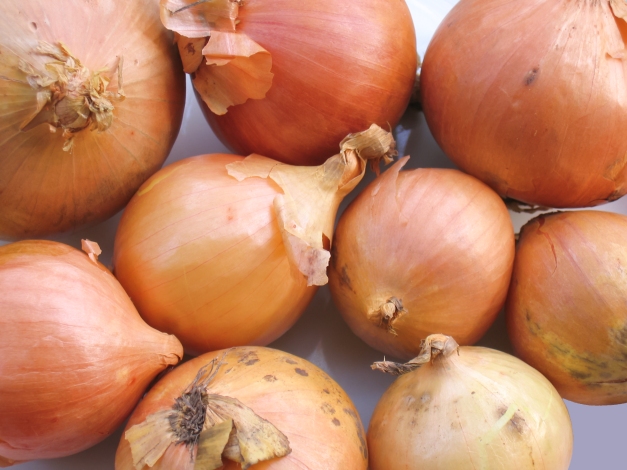 Let me re-phrase that. I think everything smells like oniony-Spaghetti-Os, so I spent the week cleaning, and sniffing, asking Andre if he smelled that…and it was me.  (Or at least it wasn’t anything else.)

No amount of cleaning, showers of sniffing got rid of the scent (which no one else can smell).  So I’ve come to the conclusion that the smell is either a symptom of some sort of medical emergency (like smelling burnt toast can be a sign of stroke)…

Or, my body has developed the ability to produce oniony-Spaghetti-O smell as a pheromone lure to attract Spaghetti-Os. (A skill of questionable value.)

NB. To anyone who knows the “Why does my car smell story”.  Yes, I’m sure there are no Spaghetti-Os, hidden anywhere in my home. I haven’t bought Spaghetti-Os in years. (Plus, I’ve looked everywhere.)

Ever since my Biology-12 class I’ve been interested (some might say obsessed) with the idea that science could force evolution. It’s probably a good thing that I couldn’t hack the Calculus requirement for the Biology degree I started, because I’m fairly sure that if I’d kept at it, I’d have been in the news by now…and not in the “good” cure-for-a-horrible-disease way.  But more like in the cautionary tale, Patient-Zero kind of way.

My favourite idea was that since Mitochondria (the energy part of cells) have their own DNA, independent of the regular cellular DNA, that I could meddle with that DNA “safely” and give cells all sorts of cool new abilities…like inserting photosynthesis capabilities into mammals. (Ok humans, I totally wanted to be green and eat by sitting in the sun).

My new favourite idea (and again, super good thing I’m bad at math) is finding a way (I’m thinking gene splicing with various plants) to up our pheromone game.

I mean how great would it be to be able to walk into a meeting and just turn on the “my ideas are great, you want to trust me” scent, or walk into your Mother’s house smelling like “don’t ask, I want to just pretend we’re getting along”.  Oooh, or even better a smell that would allow you to send a silent signal to a team member when they’re pissing off the boss. I’d call that one, “just stop talking.” (Loads of cross-marketing opportunities on that one.  Work, school, court cases…)

If you could have designer pheromones, what would they be?  How would you use them?  Happy writing.